The vow made by the Nigerian President Muhammadu Buhari on Friday that the distortion that happened to Budget 2016, in which series of rogue projects and figures were injected into the financial document won’t happen to next year’s budget has revealed the argument that Buhari wasn’t aware of budget padding or didn’t know who were responsible.

He made the declaration while receiving members of the Governance Support Group (GSG), led by Chukwuemeka Nwajiuba, at State House, Abuja.

Buhari said “I am waiting for the 2017 budget to be brought to us in council. Any sign of padding anywhere, I will remove it”

Buhari also claimed he had never heard of the word “padding” till 2016 which is contrary to claims by many that padding has been existing for many years unchecked.

The President said “never did I hear the word ‘padding’ till the 2016 Budget.”

The President had made similar statement in Riyadh, Saudi Arabia in February, 2016 while addressing the Nigerian community. The President claimed the development was very embarrassing and promised to punish culprits.

He said “Never had I heard the words “budget padding”. Our Minister of Budget and National Planning did a great job with his team. The minister became almost half his size during the time, working night and day to get the budget ready, only for some people to pad it. What he gave us was not what was finally being debated. It is very embarrassing and disappointing. We will not allow those who did it to go unpunished”

Buhari added “We have zero tolerance for corruption and other unethical practices. We will deal decisively with anybody found wanting,” he said.

After the President made the threat, the speaker of the National Assembly, Hon. Yakubu Dogara who was fingered as the mastermind of the padding paid him a visit. Addressing correspondents, the speaker defended that padding was not against the law as he has never heard of it before.

Dogara said “What’s padding, I have never heard the word padding. He who alleged must prove. I studied law, i have been a legislator and i have never heard of padding being an offence under any law. I am not worried, i am not the chairman of the ethics, so i have no reason to be worried”.

The sacked chairman of the Appropriation Committee Abdulmumin Jibrin had accused Dogara and other principals of the lower chamber of inserting projects worth billions of naira into the 2016 budget without the knowledge and approval of the House.

Where Are These Four Prominent Politicians ?

Edo State Colleges Of Education Closure: The Flip Side Of…

The country president, during his Presidential campaign sworn to fight corruption and rescue the country from the grips of the powerful politicians who had succeeded in diverting public funds for personal use.

Therefore, the statement that his budget will never be padded again and those who padded the last budget won’t go unpunished has been a melody in the mouth of the President. Buhari probably has difficulty in sending his police, the Economic and Financial Crimes Commission (EFCC) after those named by Jibrin due to their party affiliation. If months after the padding, Buhari is still acting as if those responsible are untouchable, then the alleged fight against corruption should be questioned.

Instead of protecting the whistle blower, Jibrin was suspended from office in spite of his valid confirmations to backup his case. Prior to his suspension, he was cautioned to quit conversing with the media about the padding, an instruction he rejected which led to his party’s decision to suspend him.

While on suspension, the lawmaker released more evidence to the media. In one of the documents, Chris Azubago, Appropriation Committee’s deputy chairman, allegedly canvassed up to N109 million worth of ‘constituency’ projects for his Nnewi North Federal Constituency in Anambra State.

A list of several other lawmakers and how they allegedly sponsored projects scattered across several ministries, departments and agencies were also captured by the leaked documents.

By now, the President who claimed to be fighting corruption, who said no corrupt officials will go unpunished, who felt embarrassed and disappointed that his budget was padded has not called for total investigation to bring those responsible to justice since one of his mission is to fight corruption.

President Buhari has made it known through his action that those worth investigating are the members of the Peoples Democratic Party and anyone who challenged his authority.

How do Nigerians believe the false claim that he is fighting corruption when it seems that the only corrupt officials he knows are those in the opposition and his political enemies?

The EFCC had arrested the former minister of aviation Mr. Femi Fani-Kayode twice for his alleged involvement in the diversion of money meant for the purchase of arms to fight Boko Haram by the former NSA Chairman, Col Sambo Dasuki. A former aide to the former President, Mr. Reuben Abati and other top members of the opposition who were accused of stealing millions have been arrested and some arraigned before a judge while the members of the House of reps who were accused of padding the 2016 budget with billions are still footloose.

Their action at the national assembly could have led to the investigation of their overall means of income, but no, they are members of the APC and they are untouchable.

The documents released by Jibrin, published by Premium Times in full below: 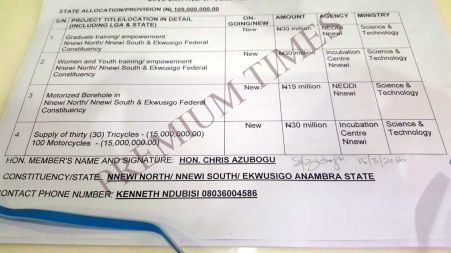 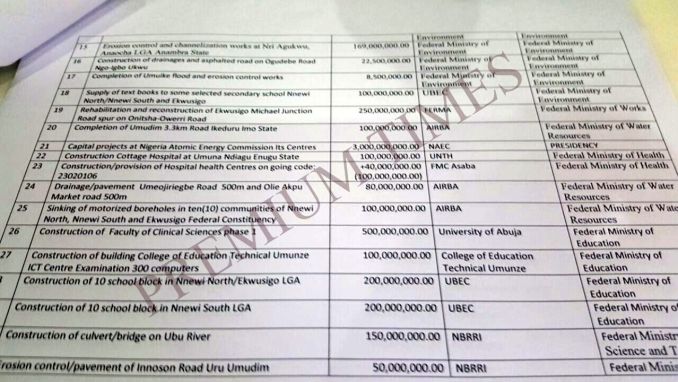 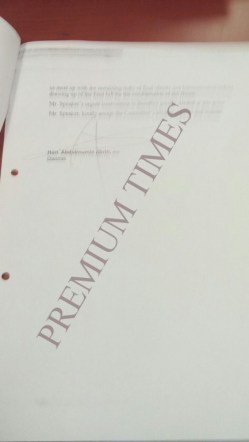 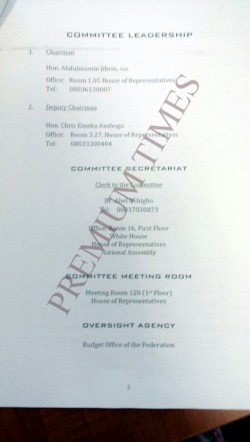 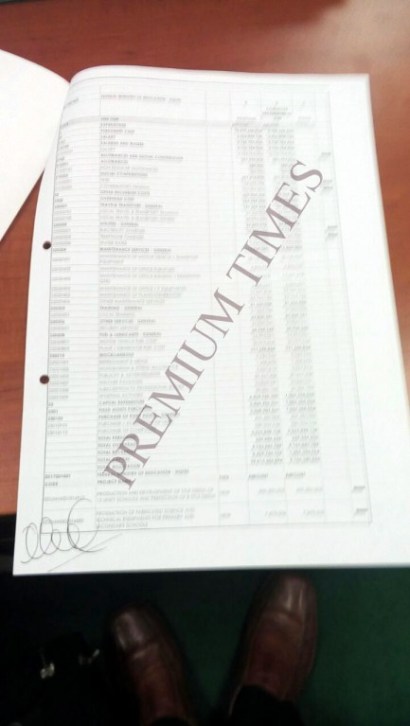 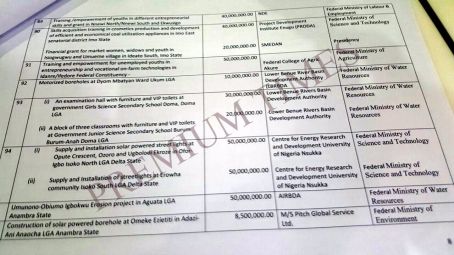 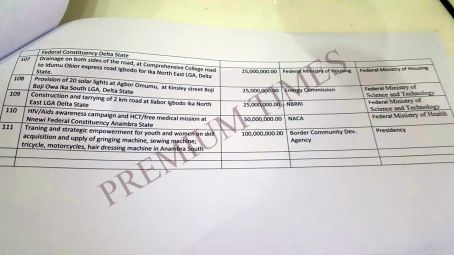 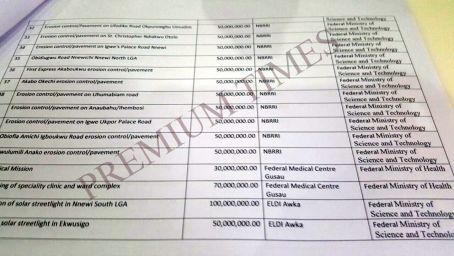 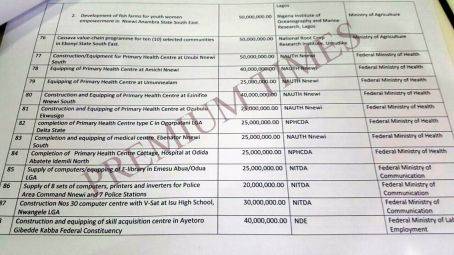 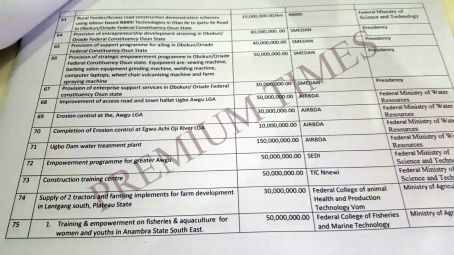 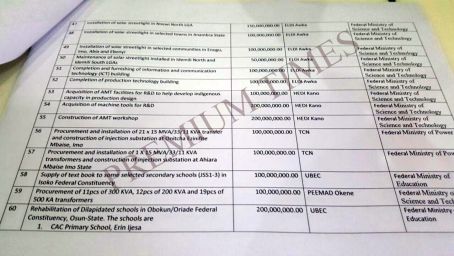 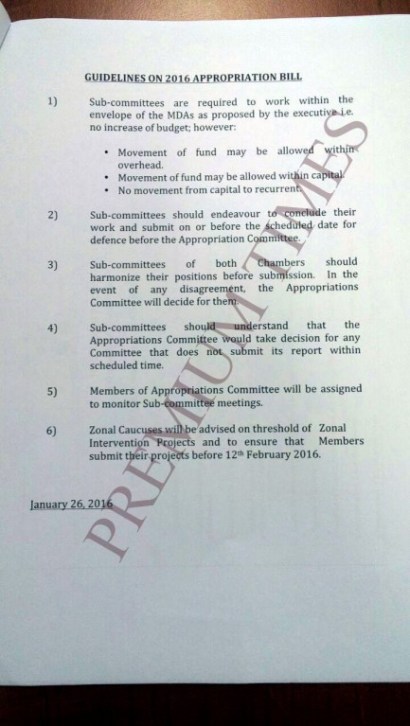 From all indications, Buhari is compromised and he is protecting his reelection come 2019. He needs the help of his top political members to continue his administration, hence his blind sight to the culprit of the 2016 budget padding.
Ehi Ekhator can be reached at ehidan@naijacenter.com
whatsapp: +447459853859  Twitter: @naijacenter @ehiehidan

Copyright 2020 Naija Center News. All Rights reserved. This material, and other digital content on the website, may not be reproduced, published, broadcast, or rewritten or redistributed in whole or in part without prior express written permission from Naija Center.

Where Are These Four Prominent Politicians ?

Edo State Colleges Of Education Closure: The Flip Side Of The Pictures

The Battle: Obaseki, Oshiomhole And Followers Who Believe In The Duo

Nigeria Problem: Where Do You Belong?

The President Everyone Talks About